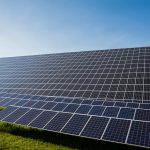 The California desert will soon be ready to welcome a massive solar power farm. The U.S. Department of the Interior recently announced that the Bureau of Land Management (BLM) had signed off on a new major solar energy project called the Crimson Solar Project.

The project will be owned by Sonoran West Solar Holdings, LLC, a wholly-owned subsidiary of Recurrent Energy.

The $550 million Crimson Solar project is expected to have the capacity to power some 87,500 homes in the area. A 350-megawatt (MW) facility is expected to span and built across 2,000 acres of BLM-administered lands. Moreover, it will be capable of storing that same amount of energy to generate and deliver power via the Southern California Edison Colorado River Substation.

The Interior Secretary Deb Haaland stated that the time for a clean energy future is now. He added that they need to make bold investments to tackle climate change and create good-paying American jobs.

In fact, the project will employ 650 people for its construction, keeping 10 permanent and 40 temporary positions once it is constructed for the duration of its 30-year lifetime.

Haaland added that projects like this could help make America a global leader in the clean energy economy. Projects could touch the global landscape through an acceleration of responsible renewable energy development on public lands.

Once completed, the Crimson Solar Project will join the bandwagon of the world’s largest solar energy farms in the country and the world. For instance, the Solar Star solar farm, located in California, is currently the biggest of its kind in the U.S., with around 1.7 million solar panels spread across two sites that generate 314MW and 265MW, respectively. Moreover, it’s able to power some 250,000 homes. Yet another instance is the Topaz Solar Farm in California that can generate 580MW of power. Another project is the Ivanpah Solar, also in California that generates 392MW, and the Agua Caliente solar farm in Arizona that generates 290MW, among others.

In other parts of the world, China is a big contender for solar farms, with its solar farm in the Tengger Desert and one in Qinghai province. Furthermore, some of the largest solar farms can be found in Australia with the Australia-ASEAN Power Link project that can power 20 % of Singapore’s needs. India, and the United Arab Emirates, and a few other nations host major solar power farms.

Several companies and countries are ever expanding the current knowledge of solar power, and some choose to have projects away from sunny places like deserts and move them on water and even in Space.