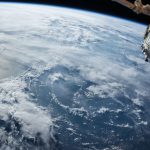 Beaming solar power sounds like a sci-fi plot, but The United States Air Force (USAF) is trying to make this a reality with a space-based solar power grid. The USAF aims to achieve something that it believes can address the energy demand of its military personnel deployed at remote bases protecting their nation in the short term. Ultimately, the discovery will be made available for civilian use.

The new project named Space Solar Power Incremental Demonstrations and Research Project (SSPIDR) would allow solar energy to be harvested and beamed right back on Earth to an outpost. Furthermore, this would irrespective of any external factors, such as the climate of the latitude, longitude, area, time, etc.

Currently, the US military uses convoys of trucks and their escorts to carry fuels and other supplies for providing electricity to forward military bases. These convoys get exposed to enemy attacks from both air and ground. The new project can help hugely. However, there are logistical challenges of getting solar panels up in space, and still, the benefits are evident.

In space, no clouds can block or decrease solar panel efficacy. Instead, they can pivot to maximize exposure to more Sun, what’s more, over a longer time each day. Typically, ground-based solar energy gets limited by area, the size of collectors required, and climate, among other factors. However, the solar panels deployed in orbit could have open access to the Sun’s rays, providing an uninterrupted energy supply.

Yet, the issue of getting the energy down to the ground remains. What’s more, it isn’t practical to run cables from space to the ground. In this context, the AFRL states that it wants to deploy the new satellites to convert solar energy into radio frequency (RF) power and stream it to Earth. Thus, receiving antennas will transform the RF energy into usable power.

The AFRL describes the SSPIDR as a series of integrated demonstrations and technology maturation efforts. The US Air Force Research Laboratory (AFRL) shared a video on YouTube explaining the initial idea and potential use of such a capability. Moreover, the AFRL is committed to discovering, creating, and integrating economic warfighting technologies for air and space forces.

The narrator of the video sites that a forward operating base maintains a reliable power supply and is one of the most dangerous parts of military ground operations. Further, the narrator adds that convoys and supply lines are often a primary target for rivals.

Ultimately, though the plan sounds exciting, and the practical implication could revolutionize human life on Earth.

Is Solar Power a Smart Investment?Sunrise SolarMon, 11/29/2021 – 8:00amThere is no denying that installing a solar system for your home or business costs money. For some, the upfront costs can make them question whether this purchase is really worthwhile. However, it is important to consider solar power as an investment — one that will…

Can I Heat My Home With Solar Power?

Can I Heat My Home With Solar Power?Sunrise SolarMon, 11/22/2021 – 8:00amThe idea of using solar power to power your appliances or lights makes sense to most people. But as the weather starts to cool off, you may find yourself wondering if solar power could help you heat your home, as well. The great news…